The Democratic People’s Republic of Korea (DPRK) suffers high levels of food insecurity. Its harsh climate, mountainous terrain and lack of farming mechanization limit agricultural production, which shows a declining trend across all crops. A drought in 2015 worsened the situation, resulting in a 11 percent reduction in harvests on the previous year. This has led to a substantial food shortage, which is compounded by political and commercial isolation and weather-related crises. Around 70 percent of the population are food insecure.

Many people suffer from chronic malnutrition due to lack of essential proteins, fats, vitamins and minerals. Those living in towns and cities have worse diets, with many relying on rural relatives, improvised ‘kitchen gardens’ or market activities to supplement the food they receive through the Government’s Public Distribution System (PDS). The PDS consistently provides lower food rations than the Government’s daily target.

Poor nutrition is particularly problematic for young children, pregnant women and nursing mothers, as good nutrition is crucial in a child’s early years. Rates of stunting (low height for age) among children under 5 are moderate to high, with one in four children affected. Anaemia is widespread among young children and women, and four percent of children suffer from acute malnutrition.

DPRK is prone to natural disasters, with droughts, typhoons and flooding frequently causing soil leaching, erosion, landslides and damage to infrastructure. Even minor disasters can significantly reduce agricultural production and the availability of food. Economic and political issues add further difficulties, with restrictions on international trade and investments imposed by the United Nations Security Council.

The World Food Programme (WFP) has been providing food assistance in DPRK since 1995, saving lives and making significant progress in reducing levels of child malnutrition.

Each month, WFP provides specialized nutritious food to around a million pregnant women, nursing mothers and children, helping to reduce acute and chronic malnutrition. These fortified foods include rice or maize flour with added protein, vitamins and minerals, which boost the micronutrients, fats and proteins in people’s daily diets. WFP also provides the same food supplies to nurseries, children’s hospitals and some primary schools. 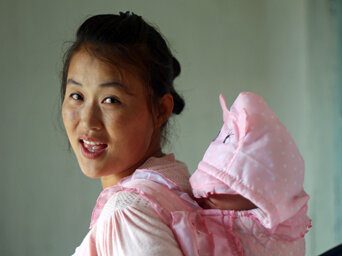 Production of biscuits and fortified food

In several provinces across the country, WFP supports Government-run factories that produce fortified cereals and fortified biscuits, which are rich in vitamins, minerals, fats and proteins. These foods are then distributed to the institutions that WFP supports. 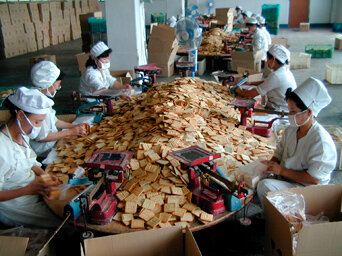 Achieving Zero Hunger is the work of many. Our work in the Democratic People's Republic of Korea is made possible by the support and collaboration of our partners and donors, including: